“every single was a hit back to back” “lil kesh is our next rated” …in 2015, this incident

on Headies stage was the most talked about. The drama, fans reaction, twitter fight, social media wars and every other shenanigan you can think of surfaced as far as Nigeria’s pop culture goes. In 2019, welp! let’s just say its dejavu as YBNL and Mavin act go head to head once again for the next rated category at the just concluded Headies awards.

It’s no news anymore that Rema bagged the award. A lot of reaction has swept our timelines, well deserved or not. No one can say the kid Rema isn’t talented. It makes me cringe that people out-rightly think he should not have owned it. Though I think Fireboy deserved it more but it could have gone either way.

First we have Rema, social media freestyles, EPs, Dumebi and a strong label head who is as a matter of fact the biggest entertainment influencer on social media. Fireboy on the other hand, amazing appearance on the YBNL album that dropped in december 2018, 3 amazing singles that enjoyed airplay and rocked the charts, spanning till this very moment. But signed under YBNL to a boss who’s busy making several music attempts to stay relevant. Comparing both, one would say it should be a home run for fireboy but influence dictates the voting pattern which narrows down to the type of people who are your core fan base. Are they social media savvy? do they see the importance of voting or do they just spend hours arguing that their favorite artist deserves to win?

Lastly, I personally feel most of these categories should not be left to vote counts alone. Charts, trends, number of song releases, social media and then votes, all of these should be considered. Ayo Animashaun, founder of the awards claim Alexander Forbes audits the voting process and that headies find out who the winners are on that night. This is very possible but I feel it’s a lazy way of doing an award. You can not rest an award to who can rally votes the most. It should have a team backed with statistics. That system is flawed. Award shows are never accurate but it should be close. The system will remain flawed if you rely on votes and this is why someone you say won the best musician in general, will lose the award niched down to his genre. That’s just plain stupid but then, what do I know? 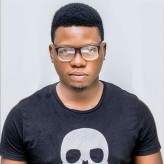